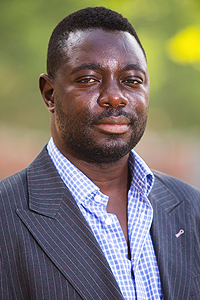 
Editor in Chief, the Journal of Critical Southern Studies 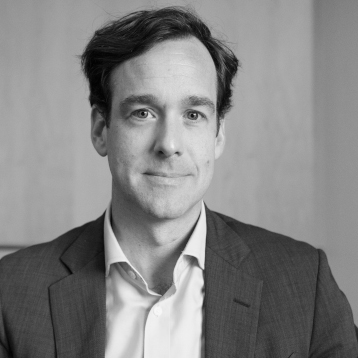 
Nathan Carpenter is Director of the Center for Global Education and International Services at Northampton Community College. He is involved in global education initiatives including the UN Academic Impact program, international student support, and student and faculty exchanges. He has an interest in building sustainable institutional relations that support global education opportunities for all. He has received fellowships and grant awards from Fulbright, the American Council of Learned Societies, the Japan Foundation, and 100K Strong in the Americas. He holds a PhD from the University of California, Davis and writes and publishes on global studies and African history. 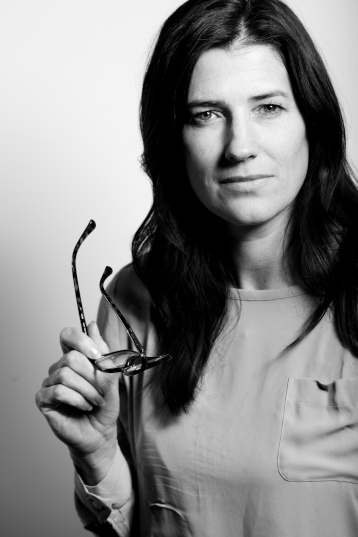 
Jill Brown is an Associate Professor of Psychology and the Director of African Studies at Creighton University in Omaha, NE. She received her BA and her Ph.D. from the University of Nebraska-Lincoln. While her roots are in the rural USA, her work has taken her to other parts of the world. She was a Peace Corps volunteer in Namibia, Southern Africa and received a Fulbright Fellowship to study in Benarus, India. Her teaching and research focus on the psychological and cultural underpinnings of human development. She has conducted research on gender norm development and masculinity in Namibia. Her current research focuses on kinship, adoption and socially distributed child care and family life, and cognition and thinking across cultures. 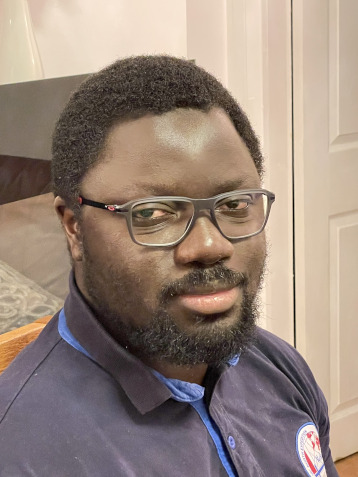 
Abdoulie Sallah is a Senior Lecturer in Healthcare Management & Leadership and Program Director for the Advanced Management Program at Alliance Manchester Business School at the University of Manchester. He has previously worked in several different universities, including Leicester, Staffordshire and Coventry. Abdoulie completed his PhD at the University of Leicester Management School in 2008 and holds a Masters’ degree in HRM (2004) and a Bachelor’s degree in Business Management (2003) from the University of Derby. Abdoulie is interested in the politics of knowledge production and his research and writing is an attempt to understand and re-significance the excluded, occluded, omitted and marginalized narratives and voices in development policy, management and organization studies (particularly those from the South) as well as contesting the redemptive, totalizing and pugnacious capitalist narrative within the context of socio-economic development. 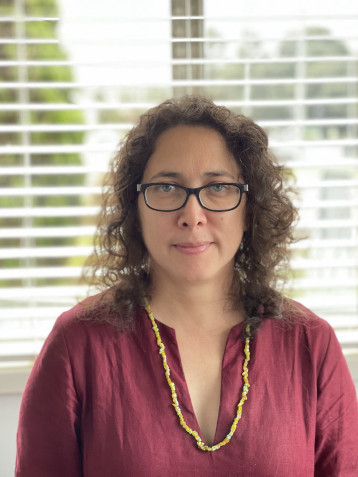 
Ybiskay González is a sociologist from Venezuela and is currently casual academic staff at the University of Newcastle, Australia. She holds a MA (University of Bradford) and a PhD in Politics in Politics at the University of Newcastle, Australia. She has published about Venezuela in the Bulletin of Latin America, in the Journal CIDOB d’Afers Internacionals and in the book Populismus: Diskurs – Hegemonie – Staat, edited by Seongcheol and Agridopoulos (2020). She is also co-author with Barry Cannon in the book: the Right in Latin America, edited by Castro Rea and Solano (forthcoming 2021), and with Sara Motta in the book Palgrave Handbook on Populism, edited by Borda and Oswald (forthcoming 2021). Her book entitled Polarised Politics: The Confrontational “Us and Them” between Chavistas and the Opposition in Venezuela will be published by Rowman & Littlefield International in 2021. 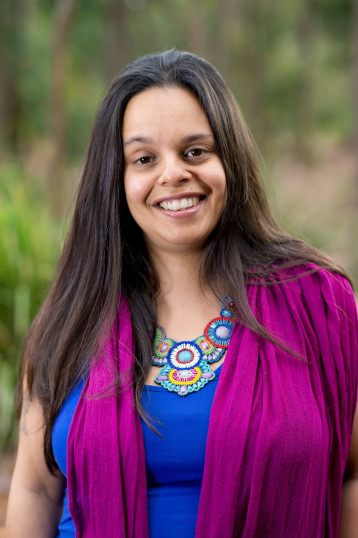 
Sara C. Motta is a proud mestiza-salvaje of Colombian Chibcha, Eastern European Jewish and Celtic lineages. She is a mother, storyteller, poet, activist-political theorist, popular educator, and A/Professor in Politics/Political Economy at the University of Newcastle, NSW. Sara has worked for over two decades with communities in struggle forging emancipatory and decolonising pedagogical and epistemological practices and resistances/re-existencias in, against and beyond patriarchal capitalist-coloniality in Europe, Latin America and Australia. She has co-created numerous radical education projects and processes and published widely in academic and activist-community outlets and her latest book (2018) Liminal Subjects: Weaving (Our) Liberation (Rowman and Littlefield) is winner of the 2019 best Gender Theory and Feminist Book, International Studies Associate (ISA). 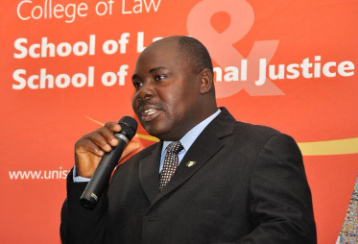 
Don John O. Omale PhD is a UNODC Expert on Restorative Justice; a British Chevening Scholar of Criminology; and Professor of Criminology at the Federal University Wukari Taraba State, Nigeria. He holds BSc Psychology (University of Nigeria, Nsukka), MSc Criminology (University of Leicester, UK) and PhD Criminology with specialism in Restorative Justice & Victimology at the Centre for Community and Criminal Justice, De-Montfort University Leicester, England, UK. He is an alumnus of the Rotary Foundation International “Group Study Exchange Programme” to California, District 5230 USA (2002).; an Economic and Social Council (ECOSOC) Delegate to the Model United Nations Congress in New York, USA (2003) funded by the UK Foreign and Commonwealth Office, London. He voluntarily disengaged from the Nigerian Prisons Service as Assistant Controller of Prisons (ACP), and has directed Research and Training at the Prisons Staff College Kaduna, and the Nigerian Defence Academy Kaduna respectively. He is internationally published, and has presented academic papers in Restorative Justice, Counter Violent Extremism and Victimology at international conferences in the UK, USA, Canada, The Hague; Bangkok, Valletta-Malta, South Africa, Mozambique, Addis Ababa, Morocco, Cairo, Egypt and Dakar, Senegal. He is an International Advisory Board member to the Restorative Justice Initiative Midland, UK, the Community of Restorative Researchers, UK and Restorative Justice International, USA respectively. He is also the “Africa Book Review Correspondent” to the International Journal of Restorative Justice at the Catholic University, Leuven, Belgium. He is a member of the World Society of Victimology and Fellow of the Institute of Criminology and Penology, Lagos, Nigeria. He is the author of a bestseller book titled ‘Restorative Justice and Victimology: Euro-Africa Perspectives’ published in The Hague, Netherlands by Wolf Legal Publishers. 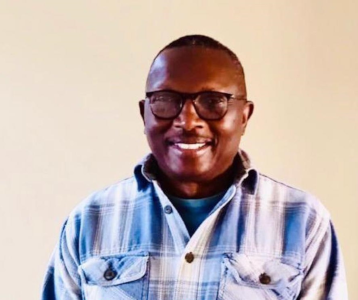 
Abdoulaye Saine is University Distinguished Scholar and Professor (Emeritus), Miami University, Oxford, Ohio. Saine served, respectively, as department Chair, and Director, Diplomacy and Global Politics at Miami University. He is the author, co-author and co-editor of five books, and has published over forty peer-reviewed journal articles, book-chapters, and commissioned reports on governance, human rights, security sector reform and economic development. Professor Saine is also a public intellectual who is widely sought after for his views on global affairs by international media outlets. And, is active in several civil-society organizations that promote social-political (gender, religious, differently-baked) economic equity in West Africa and globally. 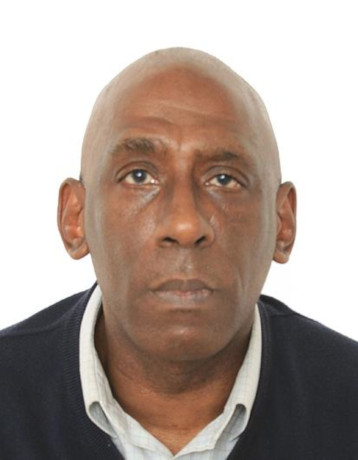 
Dr Perry Stanislas is a policing and security specialist, with a particular interest in security and safety matters relating to developing countries and written extensively on the subject. Prior to working at Rabdan Security Academy in Abu Dhabi as an Associate Professor in policing and security, he was a senior lecturer in policing at Demontfort University for 13 years. He is currently completing several chapters on Caribbean policing for various publications and is leading a research project on disaster preparation and planning in Gambia. Dr Stanislas has over 30 years of international policing experience and is a member of several professional associations which include the International Police Executive Symposium and the Caribbean Institute of Forensic Accountancy which specializes in financial crime and corruption.